(2)
This webinar is not only about how to find a piece of land and find peace of mind in insecure times!

On this webinar, we'll cover how to set priorities and make sure you get a clear idea of how to start your journey.

You can use these techniques to find a piece of land, find security for you and your family, and even find peace of mind in insecure times!

In fact, here's just a sample of what we'll cover at this special webinar  and which will give you the confidence to:

Don't miss this webinar that will finally show you what to look out for and check off all of the important questions that might be on your mind and those that you don’t even know you should have.

And we'll not only cover, where to go and look for your perfect piece of land, but

You'll not have to worry about taking notes as we have PDF documents in the attachments so you can focus on what's important for you and get back to any details later on your own terms and convenience.


As if Nova Scotia itself doesn't hold enough great things for you, we wanted to add a
BONUS webinar which will specifically introduce you to the province we live in LUNENBURG COUNTY

There is a reason we've moved here twice and therefore have gained a lot of experience with all of the advantages of this great county that we'd like to let you learn a bit more about.

But not only that, but we thought about how we could serve you even better and contacted all of the people we've worked together with or who worked for us on jobs we had over the years and we trust as they did great work.

Everybody was thrilled by the idea of creating a contact list for you so that, when you should decide that Lunenburg County is the place for you, you don't have to worry about finding the right people for any of the jobs or needs you have.

You will get a comprehensive list of contacts of some of the people which we'll introduce to you in the Bonus Lunenburg County webinar and not have to stress over this when moving is already a challenge.


Want to hear what people say who've already seen and worked with this webinar....

“I love everything about the webinar! ….please share the link with me so I can share it on our Facebook page to offer it as a service to help our buyers.
Such a fantastic webinar!!! “

“I wanted to get out of my daily rut and the growing costs of living here in Ontario. During these challenging times making a change seemed even harder, but this webinar gave me a structure and now I’m really starting the life is was dreaming about in Nova Scotia”

So, if you are sick and tired of the current insecurity you live in, finally want to make that change you've always been dreaming about, get back to being able to find the freedom you are seeking for yourself and your family....
You should get on board now because life goes on and you don't want to waste any more time finally living the way you want and deserve!

Nova Scotia may have what you're looking for and this webinar holds the key to your success with what to look out for when searching for a property in Nova Scotia and making your dream come true.

Join us and see you soon!

Module 1
Welcome And Let Us Introduce Ourselves To You
Welcome to "How to find the perfect piece of land in Nova Scotia" and finally live your dream
Nova Scotia Fun Facts
Here are some fun facts about Nova Scotia you might not yet know!
How to find your dream property
Learn where to find your dream property in Nova Scotia and what to look out for when doing so.
How to sign up for and use "Viewpoint"
This is a short introduction to how to use "Viewpoint" as mentioned in the previous module
What to know when you finally buy a property in Nova Scotia
What happens when I finally want to buy my piece of land in Nova Scotia and what costs will I face additionally?
Bonus Module: Why Lunenburg County might be the place for you!
There's a reason we moved not only to Nova Scotia but specifically Lunenburg County twice and who knows...maybe this is the place for you too!

Disclaimer: The views, information, or opinions expressed on or during any mastermind or otherwise publicized on our online and mobile resources are solely those of the creating authors or contributors and not those of MasterMind Consulting, LLC (“MasterMind”) or its affiliates. Furthermore, Mastermind Consulting, LLC is not responsible for and does not verify the accuracy of any of the information used or provided by the Seller. You are purchasing from a third-party Seller and not from MasterMind. Seller is responsible for customer service and refunds for your purchase. MasterMind does not assume any liability for the content provided by Seller and does not act as Seller’s agent. All sales are subject to a 30 day cancellation period.
Created by:
Manuela Mueller

Pursue your dreams, because Life's too short to waste a minute

We are Manuela and Frank Mueller founder of Restless-Roots and our dog Emmy.

We have been self-employed and working in the motorcycle racing business for more than 25 years before we decided to do something completely different.

We've moved, lived and worked in Germany, Canada and Sweden. In all of these countries, we've also bought, built, renovated and sold our own properties gaining a lot of experience from searching for properties to construction and landscaping.
Everything we refer to or teach is something we experienced firsthand.

We've made it our goal to help others not having to go through all the ups and downs, which will hopefully save them a lot of grief, time and money.

We've also helped friends sell their houses and therefore know about which questions and problems potential buyers face and have helped those buyers to pursue their dreams.

We've not only built log houses but also renovated a 120-year-old traditional farmhouse in Northern Sweden that we had bought in 2015, only to sell it just when we'd finished it to start our off-grid adventure in 2016.

We had no clue about off-grid living, but when we heard that putting in power on our very remote property should cost more than 200.000 $, we decided to start living off the grid.

The producers of the TV series "DIY Building Off the Grid" contacted us, asking us if we'd be interested in being featured there, but as they have a 6-month timeline in which you have to finish your build, we had to deny as our project was quite big and as it's only the two of us doing this, we couldn't have matched that timeline. But we're proud that they got back to us since then every year asking if we'd be interested in doing a new project as they'd love to feature us.

We wrote blog posts about our experience online for "Mother Earth News" and we were honoured that the magazine "Mother Earth News" featured our story in the September 2019 edition.
Being kind of restless we started our lives over 5 times in three different countries but always learning something new.

Starting the off-grid adventure we lived in a camper for more than two years...but this makes you appreciate the small things in life.

While doing all of the above there probably no mistake we've not made, but learned from every one of them and therefore know what most people are going through or are afraid of.

As we've been asked by so many people how they could finally find some freedom for themselves and their families here in Nova Scotia, we've decided to create a webinar to help them make this journey as easy as possible and hopefully spend more quality time with their families in this beautiful, small province called Nova Scotia.

What a wonderful webinar! Personal, yet exceptionally informative, showing lots of things that should have been done, could have been done, and were done right! Listening to Manuella was very engaging. You know some webinars make you fall asleep, well not her's, I wanted to hear more. It was a good mix of interesting facts, details on their experiences, helpful resources, and fun adventures they had during the processes. As a REALTOR® nothing could replace having us guide you along the process, but this is definitely a nice addition to have as she outlines a lot of "pre" work for someone to do. It definitely prepares you for when you have to act fast in this hot market, so you don't lose out on your dream property! What a great tool for finding the perfect property! 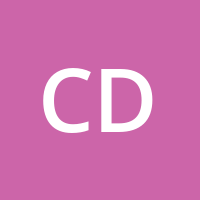 First I was a bit hesitant, but then I read the other review and gave it a try.
And know I'm really happy I didn't miss out on this!
So much information and things I never thought to ask myself.
And then getting all of the legal terms explained...that was exactly what I was looking for.
Always wanted to move to Nova Scotia and now I know where to start!
Definitely a webinar I'd recommend to anybody on the same journey. 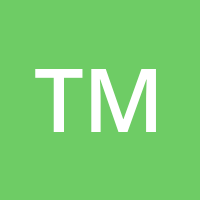